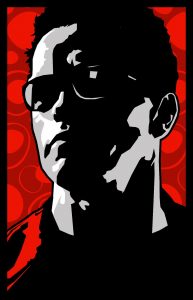 Mike Gillis is a podcaster, an aspiring professional geek, former political roustabout, and comic book fanatic. With Casey Doran, he co-hosts and produces the Radio vs. the Martians! podcast. He also used to co-host the Mike and Pól Save the Universe! comic book podcast, and is a co-creator of the Ask an Atheist radio show.

His favorite Schwarzenegger movie is Commando. 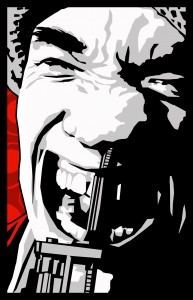 Casey Doran is an aspiring Hari Seldon, a psycho-historian planning for the future of the Empire. Along with Mike Gillis, he co-hosts and produces the Radio vs. the Martians! podcast. When not cramming for a discussion panel, he works as an IT pistolero for his day job, chips away at a speculative fiction novel and is teaching his infant son percussion with rhythmic spankings. 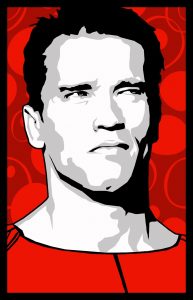 Greg Hatcher (1961-2021) was a writer, teacher, and occasional commercial artist. He wrote a weekly pop culture and comics column for the Atomic Junk Shop. He also wrote “new pulp” adventure stories for Airship 27. He also taught a comics and writing program in Seattle middle schools for the last couple of decades.

His favorite Schwarzenegger movie was the Running Man. 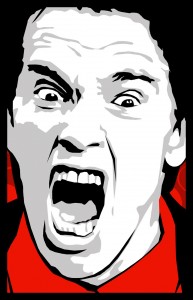 Rebecca Friedman is the assistant producer for the Ask An Atheist radio show and coordinates kids’ science and philosophy programming for Camp Quest Northwest. She lives with Sam Mulvey and their two enormous cats. También es maestra de español. 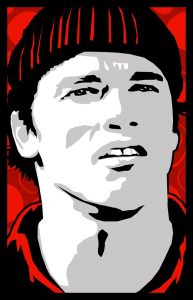 Sam Mulvey is the host and producer for the Ask an Atheist radio show, and the President of Humanists of Washington. In addition to atheism and humanism, Sam has spoken about open source software and community media. In the Star Trek or Star Wars dichotomy, Sam chose Babylon 5. He is a collector of vinegar varieties, vintage computers, antique radios, and propaganda. 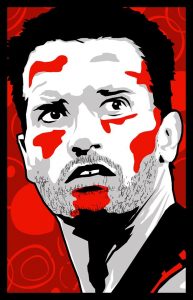 His favorite Schwarzenegger movie is Predator. 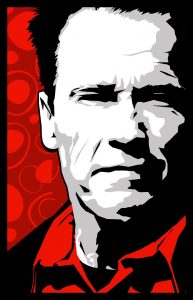 Sean Duncan is the unicorn who watches movies for the first time. When the world needs his superpower, he boldly gallops into the studio to provide unspoiled observations. In his human form, he creates dance music, writes raps, and makes sound design tutorials. 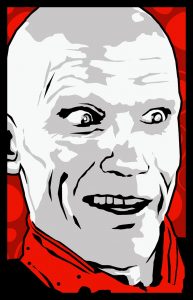 Joe “Kuma” Preti was born with the brain of an evil genius and the heart of Fozzie the Bear. Legend has it that he is a co-founder and host of the podcast View from the Gutters. He is a sucker for comic books, good beer, and food of almost any sort. There is also a persistent, but unverified, rumor that he is a bear that has learned the ways of man.

His favorite Schwarzenegger movie is Commando. 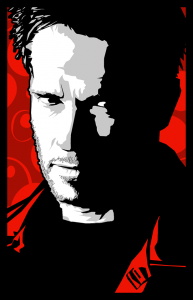 Kit Laika is an artist and library worker by default, a geek and aggressive chin-scratcher by necessity. She vacillates wildly between striving to combat ignorance with self-perceptive acuity while attempting to spur efforts that encourage creativity and, most troubling, acerbic judgment of her surroundings, culminating in general existential malaise. She is in a commited relationship with a medical skeleton named Ezekiel and doesn’t need your judgment.

Her favorite Schwarzenegger movie is Predator. 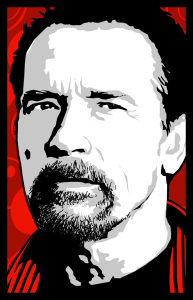 Todd Maxfield-Matsumoto is a member of the 501st Legion, an expert on Sea-Monkeys, and a proud father of three Jawas. He used to tour with the band Joker’s Poem but now enjoys covering music from Disneyland rides exclusively. He once wrestled a reindeer. It was a draw.

His favorite Schwarzenegger film is Conan the Barbarian 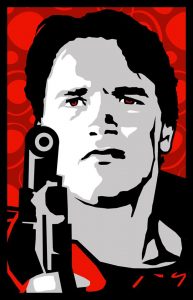 His favorite Schwarzenegger film is Conan the Barbarian 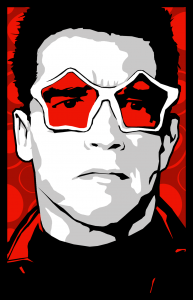 Dave Brouillette is the co-creator and co-host of the podcast Hands Free Football with his wife Carol. He was also once upon a time head writer for the Ask an Atheist radio show, and even spent some time writing a blog that you can still read at The Atheist Soundingboard. 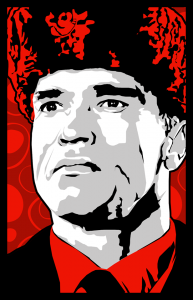 Patrick Johnson is a vagrant we found wandering along the side of the road. He geeks out for Charlie Kaufman, George Lakoff, research on priming effects, artful indie games, NES nostalgia, and Campbellian examination of the psycho-mythic function of science fiction/fantasy. 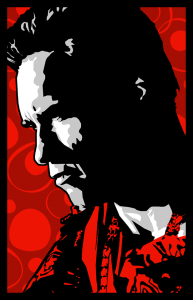 Roz Townsend is an aspiring screenwriter, actor, comedian, human, sanitation engineer and small dog. She doesn’t know how to read, but makes fairly accurate guesses at what words are. She can be found at home, looking for excuses to sputter and fume at the internet. 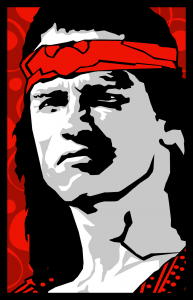 Tobiah Panshin is an author, podcaster, and professional bureaucrat. He is primarily to blame for the award-considered podcast View from the Gutters, a roundtable discussion of comic books and related media. He also unconvincingly denies involvement with the well-reviewed and highly regarded RPG style-guide which bares his name, The Game Master: A Guide to the Art and Theory of Roleplaying. 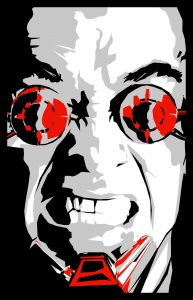 Michael Warbington is a Camp Director for Camp Quest NorthWest, a very occasional guest host of the Ask an Atheist radio show, and a novice graphic designer and Lego builder. He also works in an office where he fills large stacks of boxes full of manila file folders. 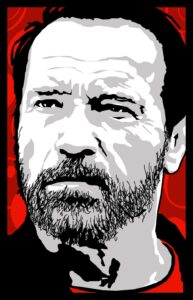 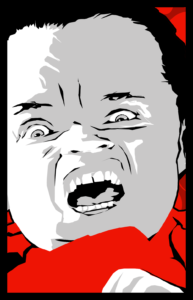 Kirby Green is an artist, horror lover, and Nintendo Fan Girl. She can be found contributing to Olympia’s weekly Night Drawers collective. When not engaging in hobbies like drawing and playing Animal Crossing, she works IT for a company no one has ever heard of. She loves sharks, ghosts, and the bear she lives with.